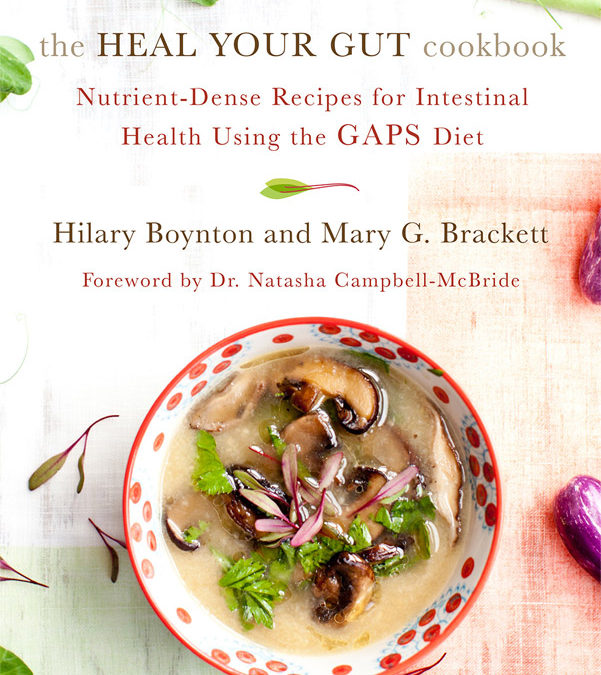 From: The Heal your Gut Cookbook, Boynton & Brackett

Place bones in a pot or a crockpot, add apple cider vinegar and water, and let the mixture sit for 1 hour so the vinegar can leach the mineral out of the bones.
Add more water if needed to cover the bones.
Add the vegetables bring to a boil and skim the scum from the top and discard.
Reduce to a low simmer, cover, and cook for 24-72 hours (if you’re not comfortable leaving the pot to simmer overnight, turn off the heat and let it sit overnight, then turn it back on and let simmer all day the next day)
During the last 10 minutes of cooking, throw in a handful of fresh parsley for added flavor and minerals.
Let the broth cool and strain it, making sure all marrow is knocked out of the marrow bones and into the broth.
Add sea salt to taste and drink the broth as is or store in fridge up to 5 to 7 days or freezer up to 6 months for use in soups or stews.

How to Make Bone Broth Using Your Slow Cooker

Bone broth is an example of a traditional food that’s easily adaptable to your modern lifestyle. Even if you’re away from home most of the day, you can still prepare homemade bone broth by using a slow cooker. To use a slow cooker, you will need to first bring the broth to a boil in a pot on your stove, then skim the scum off the top. Pay careful attention to this stage, as once the broth begins to boil the scum is rolled right back into the broth. The scum are the impurities that you want to remove. You can then transfer the broth to your slow cooker and turn it on to low heat for 24 to 72 hours.